Last week we released our Moonshine BB Coffee Rub, which is an amazing combination of earthy and spice tones. As I told some friends about it though, the general response was “Coffee Rub? How does that work?”. So what better was to explain that a blog post. 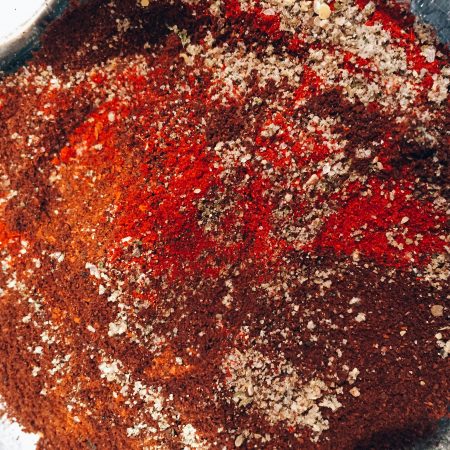 While most BBQ rubs work with most types of protein, coffee rub is paired almost always with beef.

In keeping with our philosophy, we grind our own coffee beans for our mix, and then begin adding layers of flavour.

Using ground coffee beans does a number things. First off, coffee brings out more of the savoury flavour in the beef. This can be complemented with any other spices, commonly also containing chilli, which ours also contains. We use ancho chilli which is a mild pepper that is roasted and ground.

We also add a number of the usual suspects, as well as cumin, and our favourite, smoked paprika.

Secondly, coffee is highly acidic, and using ground beans releases more of that, which when rubbed on the meat helps to tenderise as well. 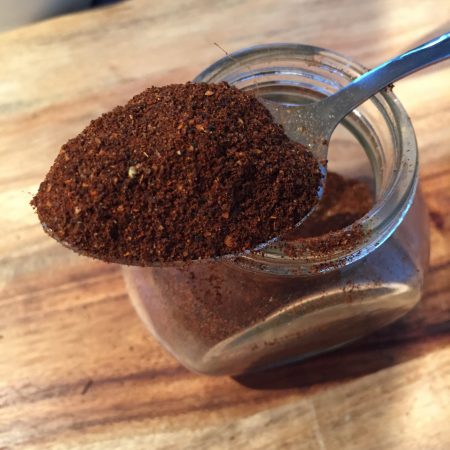 Coffee is also used to help with the crust (or bark) when cooking low and slow. Some people also add sugar to the rubs, which also aids in  have sugar in them as well to add to the caramelisation, but when we recipe tested, it wasn’t necessary.

Not likely, as the average amount per serve is less than your barista would use in a typical cup of coffee you buy from the shop. And while I am no scientist, you could argue that all of the changes it undergoes through the heat and time means that you’re getting flavour rather than a caffeine hit.

It’s not just for low and slow either – rub some steaks down and go hot and fast over flame at high temp and it is incredible.